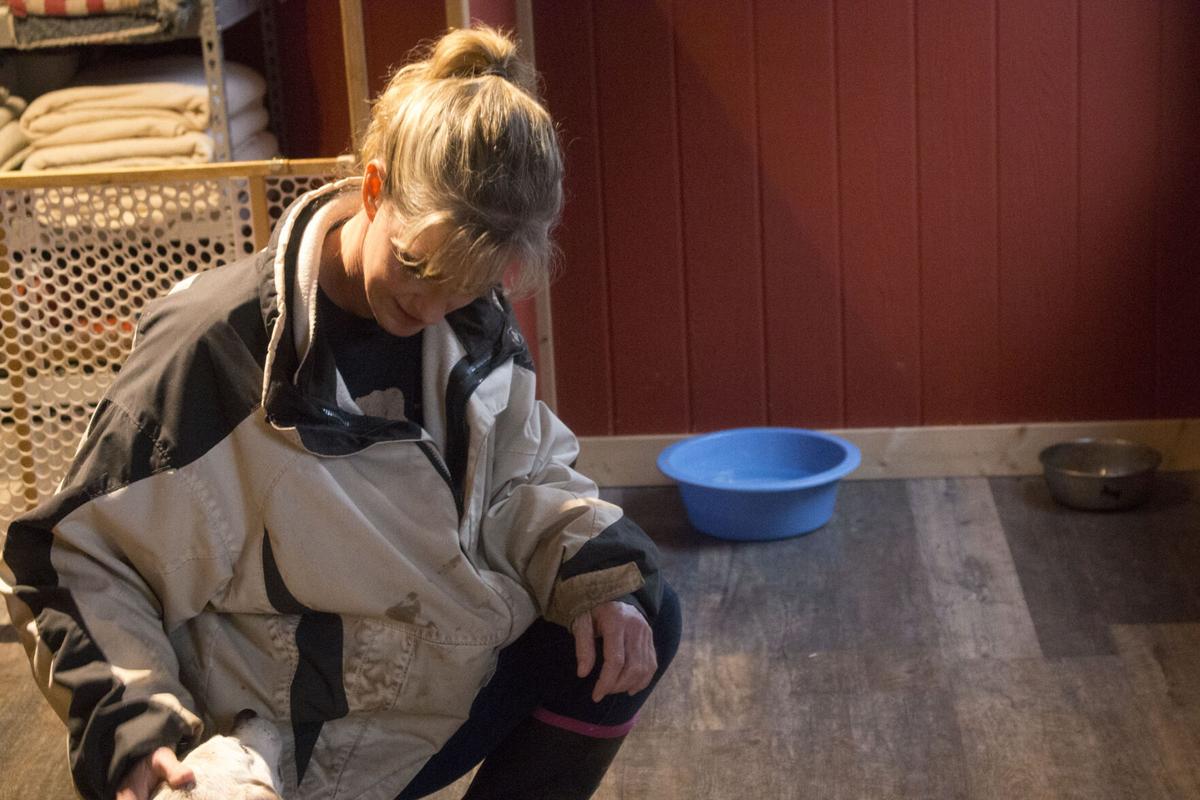 Dr. Michelle Roberts-Schneider petting one of the dogs in the rescue. Photo by, Makenna Mays 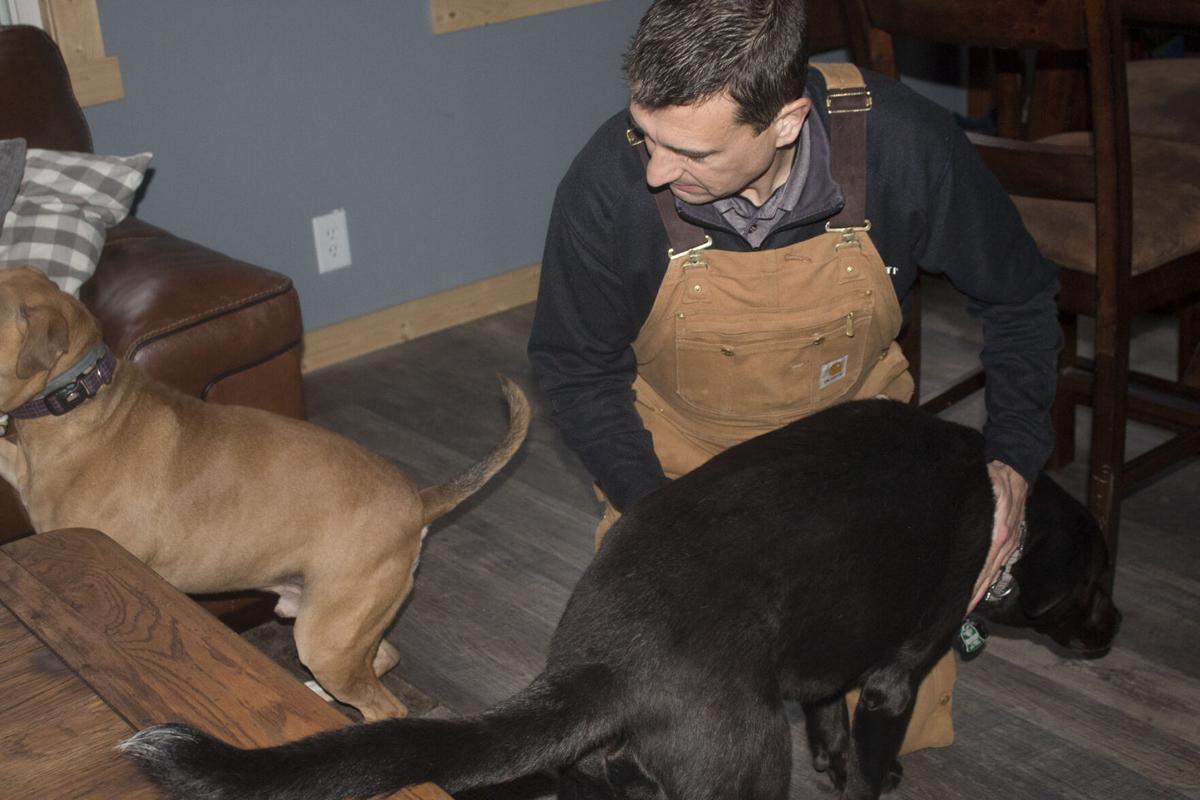 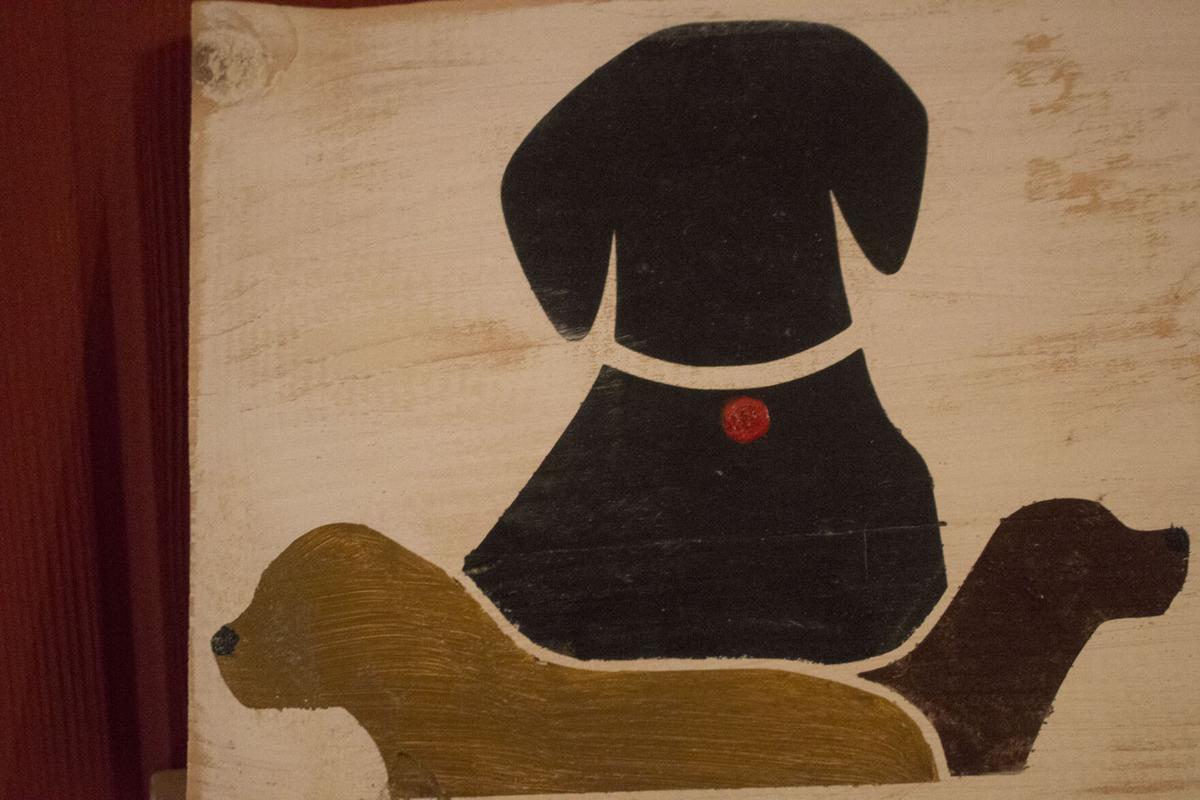 The logo for Bear and Friends that consists of the first three dogs they adopted, including Bear. Photo by, Makenna Mays

By Makenna Mays TheStatehouseFile.com BROOKVILLE, Ind.— Transforming your backyard into a dog rescue may seem farfetched to some, but for Dr. Michelle Roberts-Schneider it was another step to ensure her rescue animals enjoy a happy life and a second chance that includes helping others. “We’ve always taken in the dogs nobody else wants, or the animals that have lost their way in life,” said Roberts-Schneider. Roberts-Schneider and Drew Schneider created Bear and Friends in 2013. Bear and Friends is a nonprofit that takes in rescues and either helps them get adopted, live out the rest of their lives in a kennel-free environment or trains them to be therapy animals. She is the executive director and he serves as treasurer. [caption id="attachment_35725" align="alignleft" width="441"]

Dr. Michelle Roberts-Schneider petting one of the dogs in the rescue.

Photo by Makenna Mays, TheStatehouseFile.com[/caption] The use of therapy animals is in classroom settings, senior citizen homes and hospitals have been proven to help lower blood pressure, anxiety and stress levels and bring back memories in the elderly. In some cases, they may be a substitute for medicine. Roberts-Schneider and Schneider adopted their first dog, Bear, in 2010 because their daughters had wanted a dog. Drew was initially hesitant. “I grew up on a farm in Michigan and had animals my whole life, so when the girls were wanting a dog, I was hesitant because I knew how much work was involved,” Schneider said. However, Bear turned out to be the perfect match for the family. He went through beginning, intermediate and advanced training to become a therapy dog. After Bear, the Schneiders adopted Johnny and Louis. Together, they make up the Bear and Friends logo. In 2015, Roberts-Schneider, who has her Ph.D. in education, was conducting research that allowed her to observe schools across the state. “I saw firsthand in schools across the state how the dogs are used in classrooms and how they are able to help the kids, staff and the administrators, and I came home and told Drew true this is amazing we have to do something,” Roberts-Schneider said. Bear and Friends supplies everything for the dogs including medical care, food, vitamins and any other supplements the animals may need. They decided to stay in Franklin County not only because there is an abundance of stray animals, but because the county has a high-kill shelter. [caption id="attachment_35727" align="alignright" width="432"]

Drew Schneider, treasurer of Bear and Friends, playing with Bear.

Photo by Makenna Mays, TheStatehouseFile.com[/caption] “These animals don’t have to be purebred and they can still make a difference, and they’re being killed because they were born—that’s a problem,” Roberts-Schneider said. Opening a nonprofit with a focus on animals has not been easy. Jayme Bender-Miller and Kari Duncan assist Bear and Friends with collecting donations and staging events. They both said that the ideology that animals are equipment as well as Franklin County being one of the poorest counties in Indiana, are some of the barriers that Bear and Friends has had to overcome. “In general, people look at their animals as livestock instead of as pets,” said Bender-Miller. Duncan thinks that the mindset that purebred animals are the best also put these dogs at a disadvantage. “The reality is, you can take any dog and you can train it to be a service or therapy dog in the community,” said Duncan. Duncan is currently working with some of her connections in Veteran’s Affairs to take therapy dogs from Bear and Friends into post-traumatic stress disorder clinics. “The research is out there for depression and things like that and with dogs, it’s through the roof with what they can do psychologically to help people through hard times,” said Duncan. Dogs must possess certain characteristics before they go through the training to become therapy dogs including good temperament, health and age. Roberts-Schneider and Schneider, have been trained through Canine Good Citizen, a program developed by the American Kennel Club to properly train their therapy dogs. The training begins by teaching the dogs manners such as sit, stay, down and approaching strangers without jumping. The dogs will then be trained to accomplish harder tasks such as getting accustomed to odd noises such as wheelchairs, walkers and other unfamiliar sounds they may encounter in hospitals. [caption id="attachment_35720" align="alignright" width="464"]

The logo for Bear and Friends that consists of the first three dogs they adopted, including Bear. Photo by Makenna Mays, TheStatehouseFile.com[/caption] “Anything that can help anybody relax or work with their social/emotional issues, we’re there to help,” Roberts-Schneider said. Bear and Friends has worked with All 4 Kids, Suman Dearborn Middle School and the Southeastern Indiana YMCA. Roberts-Schneider and Bear visit the YMCA on a bi-weekly basis to work with children with social/emotional issues, reading issues and two children who are on the autism spectrum. Karen Moore, childcare director for the Southeastern Indiana YMCA, invited Roberts-Schneider and Bear to the YMCA last summer to see how the children would react. “At the beginning of the school year, we noticed some kids who could use a little extra something,” said Moore. “I remembered she [Roberts-Schneider] had the dogs, so I contacted her to say hey what about bringing Bear in for some of our kids.” Roberts-Schneider and Bear have individual agendas depending on each child’s needs. She and Bear will pull each child aside for one-on-one time where they will pet the dog or even read to him. “Reading to Bear instead of reading to a human, who might give you negative feedback, Bear just sits and listens,” Moore said. One child has made quite an impact on Roberts-Schneider. When she first met Lukas, he was very serious, had some social/emotional issues and could, at times, be very closed off. “When Bear is there, he opens up, he loosens up, he relaxes, and he talks,” Roberts-Schneider said. Bear has made such an impact on Lukas, that he is taking what he is learning from his time with Bear and practicing it at home. “His mom said that he’s come out of his shell, and that’s huge when he’s out of his shell now at home because it has carried over,” Roberts-Schneider said. Makenna Mays is a reporter for TheStatehouseFile.com, a news website powered by Franklin College journalism students. https://vimeo.com/271905319