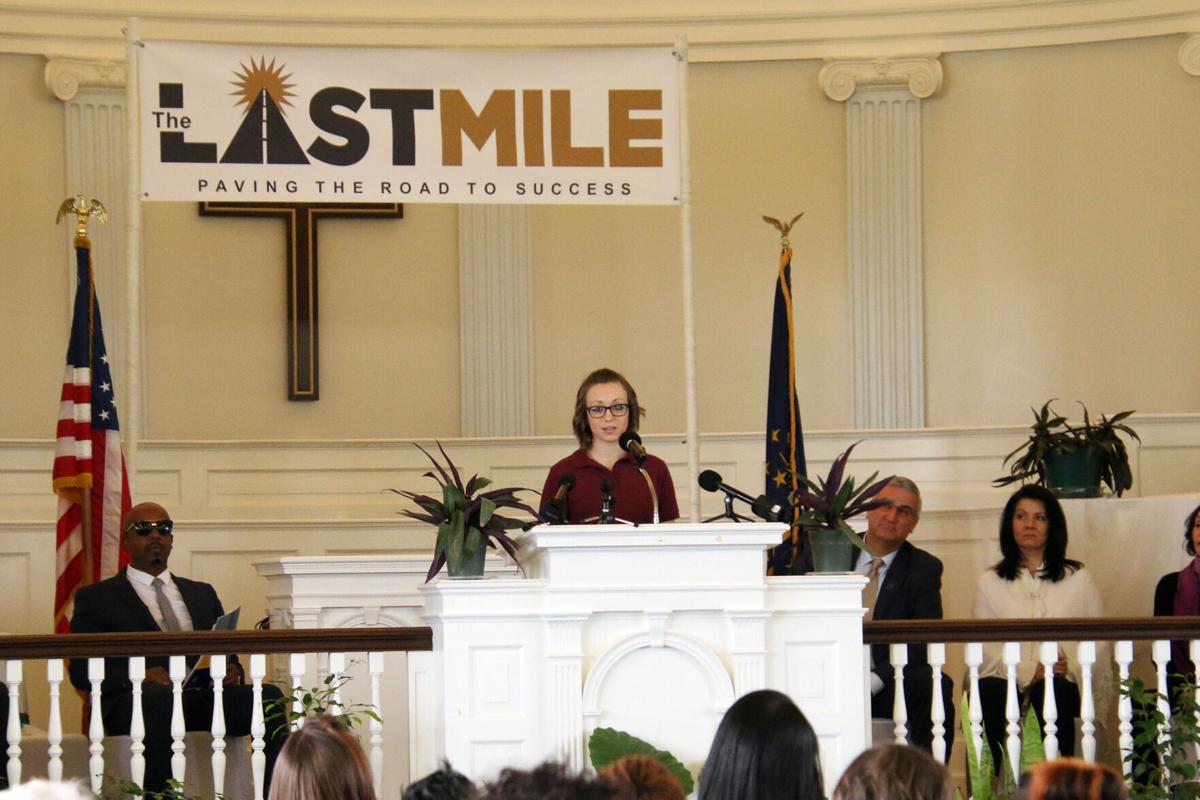 Virginia Hooten, member of the inaugural class for The Last Mile program, speaks at the ribbon cutting ceremony for the program. Photo by Quinn Fitzgerald, TheStatehouseFile.com 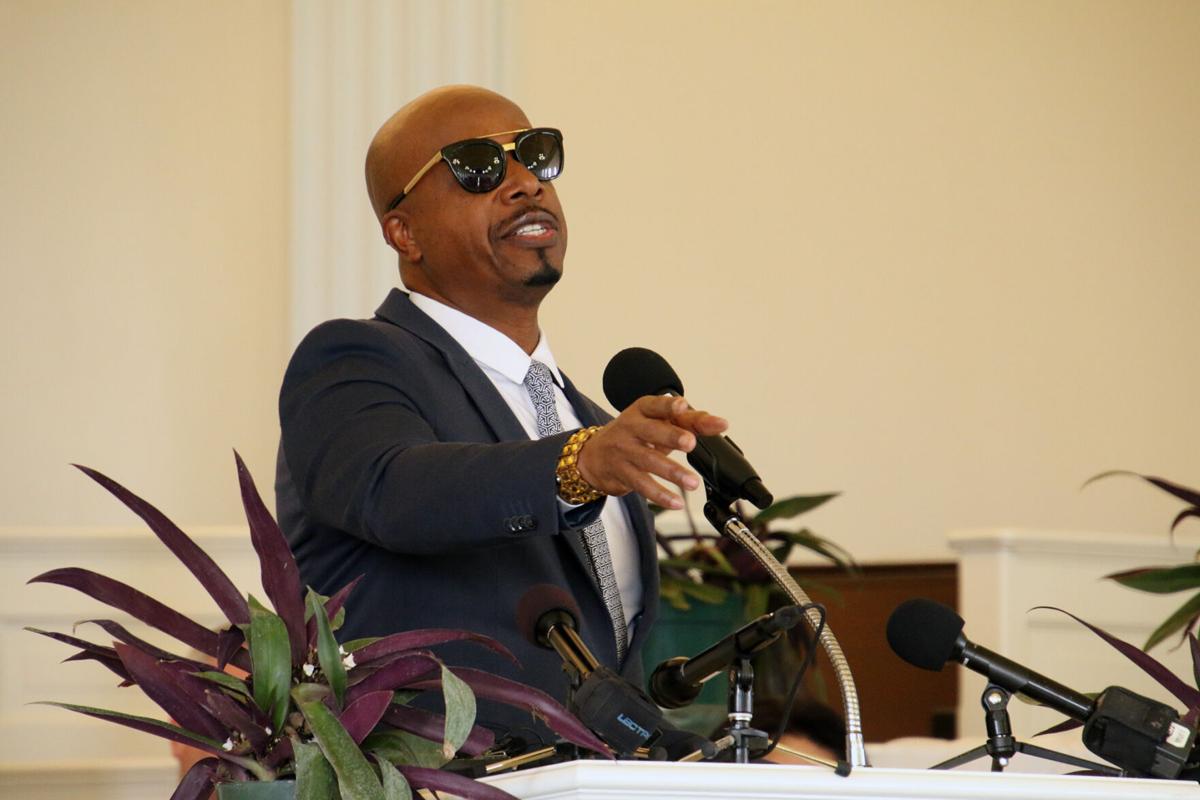 By Quinn Fitzgerald TheStatehouseFile.com INDIANAPOLIS –Indiana inmate Virginia Hooten hopes The Last Mile program will be the doorway to possibilities for a better life. Last year, 24-year old Hooten was sentenced to a term of nine years in the Department of Correction, three of which include probation, after being convicted of dealing drugs. Now, she and 13 other women of the Indiana Women’s Prison will get an opportunity to participate in The Last Mile program, a second chance that prepares them for the workforce. [caption id="attachment_35269" align="alignright" width="278"]

Virginia Hooten, member of the inaugural class for The Last Mile program, speaks at the ribbon cutting ceremony for the program. Photo by Quinn Fitzgerald, TheStatehouseFile.com[/caption] “This is truly a wonderful opportunity for all fourteen of us,” Hooten said. “The Last Mile is our chance to overcome our past and begin our future.” Thursday, Gov. Eric Holcomb held a ribbon cutting ceremony for the inaugural coding class at the prison on the west side of Indianapolis. The Last Mile program prepares incarcerated individuals for the workforce through business and technology training. “We believe not just in the program. We believe in you,” Holcomb said to the women. “It is our purpose for being here. You’re going to find a state that is going to rally around your effort.” The program was co-founded by Chris Redlitz, owner of Transmedia Capital of San Francisco, who initially was invited to speak to inmates at California’s San Quentin State Prison in 2010. The 30-minute speech turned into a three-hour experience that initiated the two-day-a-week program at San Quentin that began in 2012. Indiana will be the first state outside of California to adopt the program, which was introduced in January as part of Holcomb’s Next Level Agenda. “What we’re doing is really what we consider the epitome of our public-private partnership. This is not about government itself. It’s not about private itself. It’s about working together collaboratively to make something successful,” Redlitz said. The Last Mile Board Member MC Hammer made the trip from his home state of California to share that participants can actually take what they learn and apply it in the real world, and that there are people willing to employ them once they have the proper training. [caption id="attachment_35270" align="alignleft" width="341"]

MC Hammer, board member of  The Last Mile program, speaks at the ribbon cutting ceremony of The Last Mile program at the Indiana Women’s Prison. Photo by Quinn Fitzgerald, TheStatehouseFile.com[/caption] “I’ve seen what the program has done in San Quentin,” Hammer said. “This is not smoke and mirrors. No flashing lights. The moves are real.” Kenyatta Leal, founding member of The Last Mile, was the first student to join the program in 2012, which was nearly 19 years after a 25-years-to-life conviction for possession of a firearm and other crimes. “I can tell you it was a blessing to take that walk out of prison,” Leal said. “More importantly though, to be a part of this program.” The Last Mile program lasts one year with two six-month tracks. In addition to training incarcerated individuals so they can reenter the workforce, Holcomb hopes the program will help bring Indiana’s recidivism rate from 37 percent to zero. The women will begin the program Monday.  Quinn Fitzgerald is a reporter for TheStatehouseFile.com, a news website powered by Franklin College journalism students.