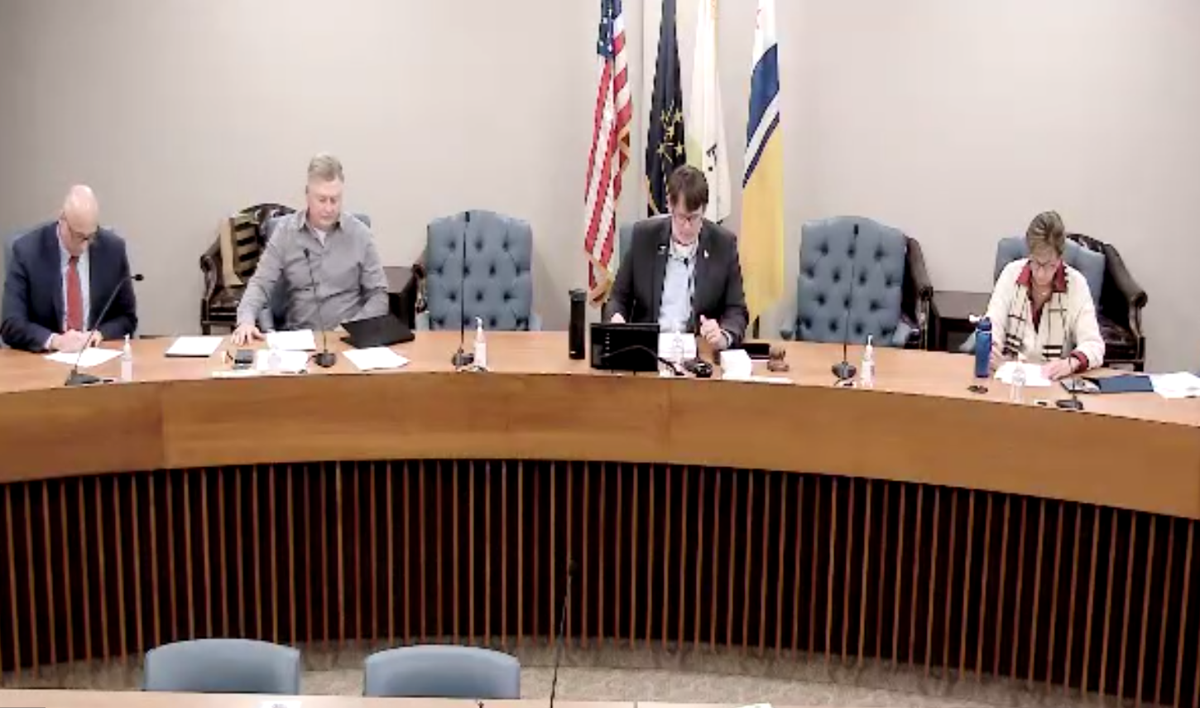 The St. Joseph County Commissioners gave initial approval on Tuesday to new maps for the county’s three commission districts that many attending a public hearing before the vote decried as favoring Republicans and diluting the power of Black residents.

A final vote is scheduled on the South Bend maps, redrawn based on the 2020 Census results, for Tuesday, Nov. 16.

As the process of redistricting moves down from the state to local level in Indiana, the same claims of gerrymandering for political gain and a lack of transparency and public involvement are cropping up in communities around the state.

The latest case in point in South Bend: The St. Joseph County Commissioners gave initial approval on Tuesday to new maps for the county’s three commission districts that many attending a public hearing before the vote decried as favoring Republicans and diluting the power of Black residents.

A final vote is scheduled on the maps, redrawn based on the 2020 Census results, for Nov. 16.

Almost all of those who spoke during Tuesday’s hearing opposed the maps and accused the Republican-controlled commission of failing to be open in the map drawing process. Several also criticized the commission for paying $35,000 to the law firm of former Indiana House Speaker Brian Bosma, a Republican, to help draw the maps.

The criticisms of the St. Joseph County redistricting process are similar to what Hoosiers witnessed when the Republican-controlled state legislature pushed through maps for state legislative and U.S. House districts in just a few days this fall. Little public involvement occurred after the GOP released the preliminary maps, which were judged by one expert to heavily favor Republicans. The GOP already holds super majorities in the Indiana House and Senate.

Trina Robinson, president of the South Bend NAACP, called the St. Joseph County maps “blatant racism” and said she would be taking the matter to state NAACP officials to determine what action to take if the maps are approved without changes. “We cannot stand by and allow this to happen,” she said.

Robinson and other speakers focused on the fact that the proposed map places all of South Bend into one district, as opposed to having some of it divided among the three current districts. They say Republicans are trying to “pack” the county’s Black population into one district, thereby reducing their influence county-wide and making it easier for Republicans to win the other two districts.

Republican County Commission President Andrew Kostielney argued that having South Bend in one district will give the city a stronger voice in the county rather than having those needs divided among the three districts.

But those in the audience were having none of that argument. “I feel like this is totally racist,” said Nancy Simon of South Bend, who is Black. “You just lumped all of the dark people together. I am so offended.”

Ranjan Rohatgi of South Bend, an assistant mathematics professor at Saint Mary’s College, was one of several who criticized the commission for not trying to involve the public in drawing the maps and not being open in the process and proposed an alternative map. Rohatgi was a member of the Indiana Citizens Redistricting Commission, a group formed by advocacy groups in the state to show how a citizen-based map drawing process would work.

Information about the county commissioners’ redistricting was published as a legal notice in local newspapers and an initial meeting about the map drawing received media coverage, but many of those speaking said they were not aware of the process and said commissioners should have done more to notify and involve the public. Republican Commissioner Derek Dieter, who voted against the GOP plan, agreed with those criticisms.

Republican Commissioner Deborah Fleming joined Kostielney in voting for the maps and said she was concerned about the accusations of racism, hoping there was some way she could help people “feel happy.”

Bill Theobald is a veteran Washington, D.C.,-based journalist who most recently worked in the USA TODAY Washington Bureau and for the nonprofit news website The Fulcrum, which focuses on democracy reform efforts. He was a reporter and editor for The Indianapolis Star from 1990 to 2005.

This article was published by TheStatehouseFile.com through a partnership with The Indiana Citizen (indianacitizen.org), a nonpartisan, nonprofit platform dedicated to increasing the number of informed, engaged Hoosier citizens. The Indiana Citizen is separate from the Indiana Citizens Redistricting Commission and is not involved in its operation.