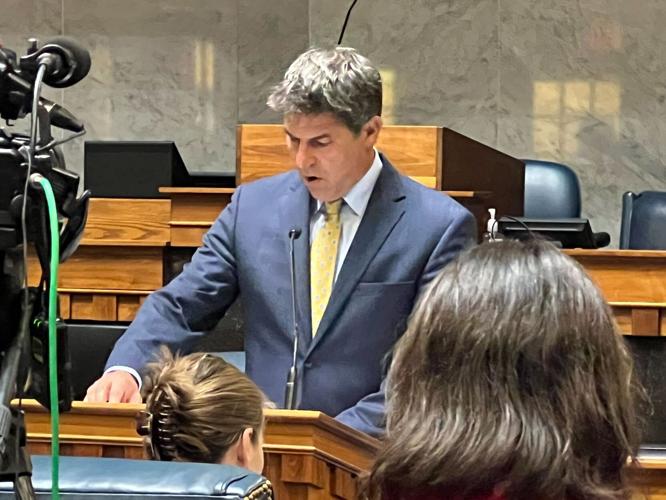 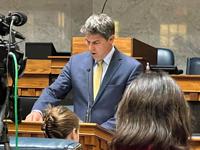 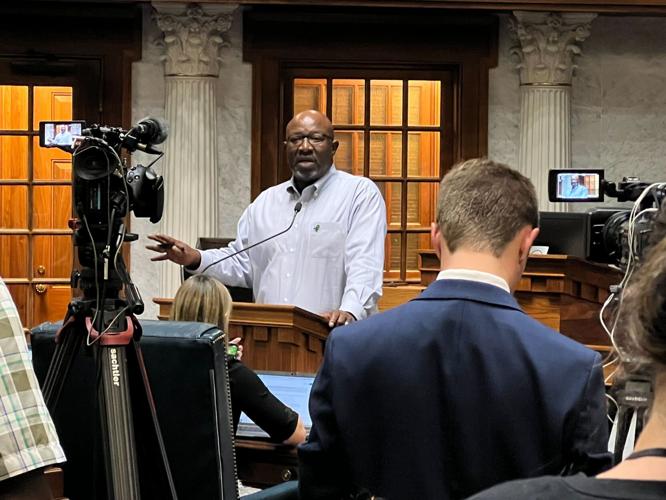 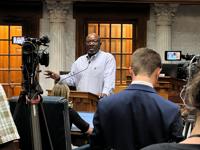 Sen. Greg Taylor, D-Indianapolis, responded to a proposed state abortion ban on July 20, saying, “For those women here in the state of Indiana who are watching, who understand what this means, this is not a step in the right direction.” On Friday, his was the only no vote on Senate Bill 2. 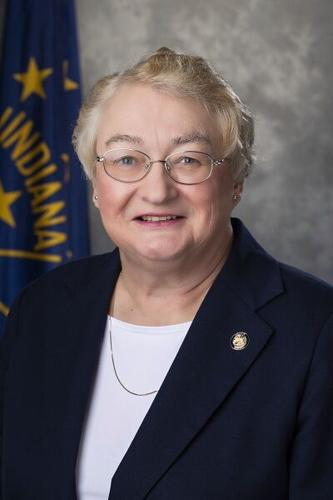 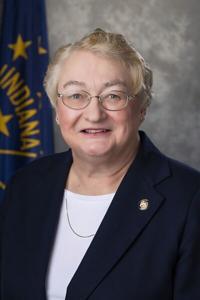 INDIANAPOLIS—Indiana’s Senate Bill 1 proposes a total ban on abortions with exceptions for rape, incest and the life of the mother.

Senate President Pro Tem Rodric Bray, R-Martinsville, and Sen. Sue Glick, R-LaGrange, held a press conference Wednesday in the Senate Chamber to release the much-anticipated legislation, to be taken up during a special session beginning July 25.

Senate Bill 2, a sister bill to SB 1, would seek to improve existing support services for new mothers and their infants. Bray also described Senate Bill 3, which would use the state’s budget surplus to provide $1 billion in financial relief to Hoosiers while still paying off state debts.

But the big news was clearly the abortion announcement, which had pro-abortion Hoosiers protesting at the capital building in the weeks following the overturning of Roe v. Wade by the U.S. Supreme Court.

SB 1, authored by Glick, prohibits abortion at any point in a pregnancy, with exceptions for those resulting from rape or incest or that put the life of the mother at risk.

Senate Republicans released the following description about what the bill will not affect.

Bray clarified the point at which a pregnancy begins according to the language of the bill.

“That point begins when the fetus implants in the uterus, and so what that means, as Sen. Glick accurately reflected, the morning after pill, Plan B, those sorts of things, ectopic pregnancies don’t come into play, because at that point the fetus has not been planted in the uterus.”

According to medical literature, the term “fetus” marks the eighth week of development, well after implantation in the uterus.

Bray said there does not need to be the conviction of a crime for the rape exception because that could take more than nine months to complete. He said the bill requires an affidavit to be signed and provided to the physician instead.

“We are not here to criminalize women, we are here to support mothers and help them bring happy and healthy babies to term,” Glick said. “We recognize there are heartbreaking cases where, because of violence committed against women and young girls, providing some additional exceptions is necessary.”

SB 1 continues the existing penalty that allows a doctor’s license to be revoked for performing an illegal abortion. No new penalties are created under the bill.

Sen. Greg Taylor, D-Indianapolis, responded in a following press conference, saying, “I find it hard to stand here as a male having a discussion with you about abortion because it’s not a decision that I would ever have to make for myself. But for those women here in the state of Indiana who are watching, who understand what this means, this is not a step in the right direction.”

Taylor criticized the bill for having an exception for the life but not the health of the mother. He said a total ban would mean an “economic tsunami” for the state as employers left or stayed away. He also said the calling of a special session is a waste of tax dollars and that if there had to be one, the focus should have been solely on providing financial relief to inflation-embattled Hoosiers.

“I believe that there’s a small group of the supermajority in the Senate that don’t want to be here either,” said Taylor. “So, it’s your job to find out who those people are, but in the next couple of days, you might find out more and more information.”

Taylor added, “We will be here (Monday) to fight for women’s rights”

Presented as a complement to the abortion ban, Senate Bill 2 would provide a $50 million initial investment to increase services for the additional mothers and children to be expected after a ban. The bill would allocate $45 million to the Hooser Families First Fund, allowing the State Budget Committee to distribute the money to Indiana’s Department of Health, Family and Social Services Agency, Department of Child Services, and Department of Homeland Security.

“We don’t necessarily know that this is going to be adequate off into the future, but this is $50 million that will get us through January,” said Bray. “So we want to begin, though, to ramp up these programs, make sure they’re adequate, make sure there’s adequate staff and services for what will probably be the public need.”

Bray said SB 1 is not dependent on the passing of SB 2.

Senate Bill 3 proposes a $1 billion package that will relieve Hoosiers of their utility taxes, including the 7% sales tax on electricity, water, gas, internet and phone bills. SB 3 would also limit the sales tax on gasoline to 29.5 cents per gallon through June 30, 2023.

Taylor said, “Listen, whatever economic package they have to give relief to Hoosiers, I’m supportive of,” but he criticized the way Republicans went about it.

“Here’s what I don’t like. They’re using that money (the surplus) for credit,” Taylor paused, “For credit. We have a triple-A credit rating, and that’s more important (to the Republican Senate) than feeding families. Why not give a tax credit to people who need childcare. We have a childcare problem in this state.

He added: “On the financial bills, I say hoorah to my colleagues for actually bringing forward legislation that we’ve already proposed in the past and they voted ‘no’ for. Now it’s in their legislation.”

The special session must come to a close by the end of the day on Aug. 14.

Zachary Roberts is a reporter for TheStatehouseFile.com, a news website powered by Franklin College journalism students.

Increasing protections for the unborn

Sorry, there are no recent results for popular images.