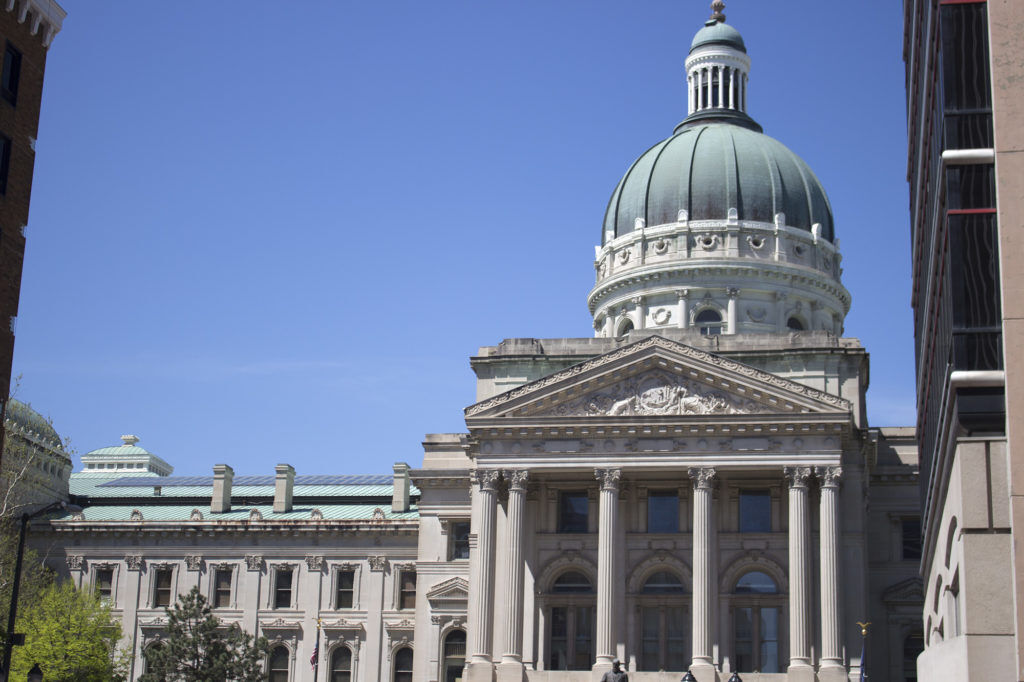 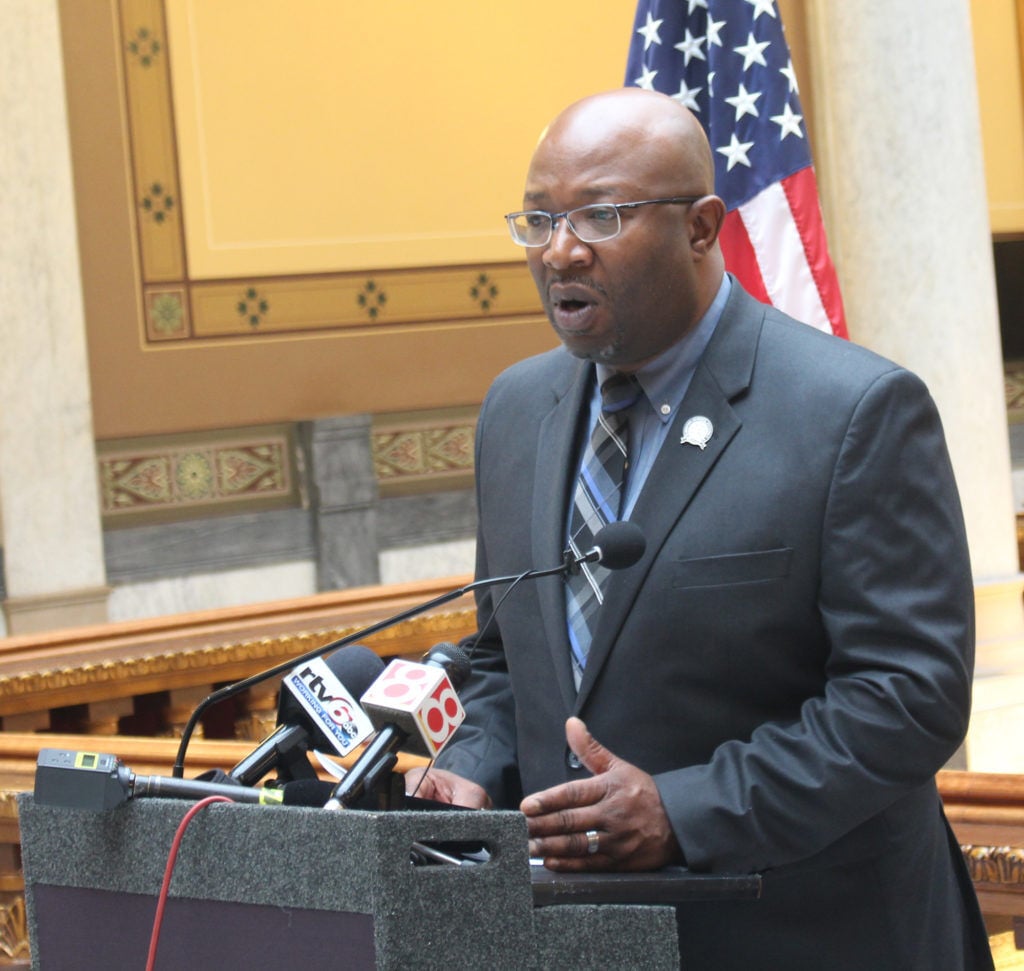 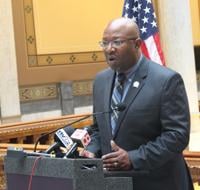 Sen. Greg Taylor in January. He has taken over as leader of the Senate Democrats. Photo by Joshua Hansel, TheStatehouseFile.com 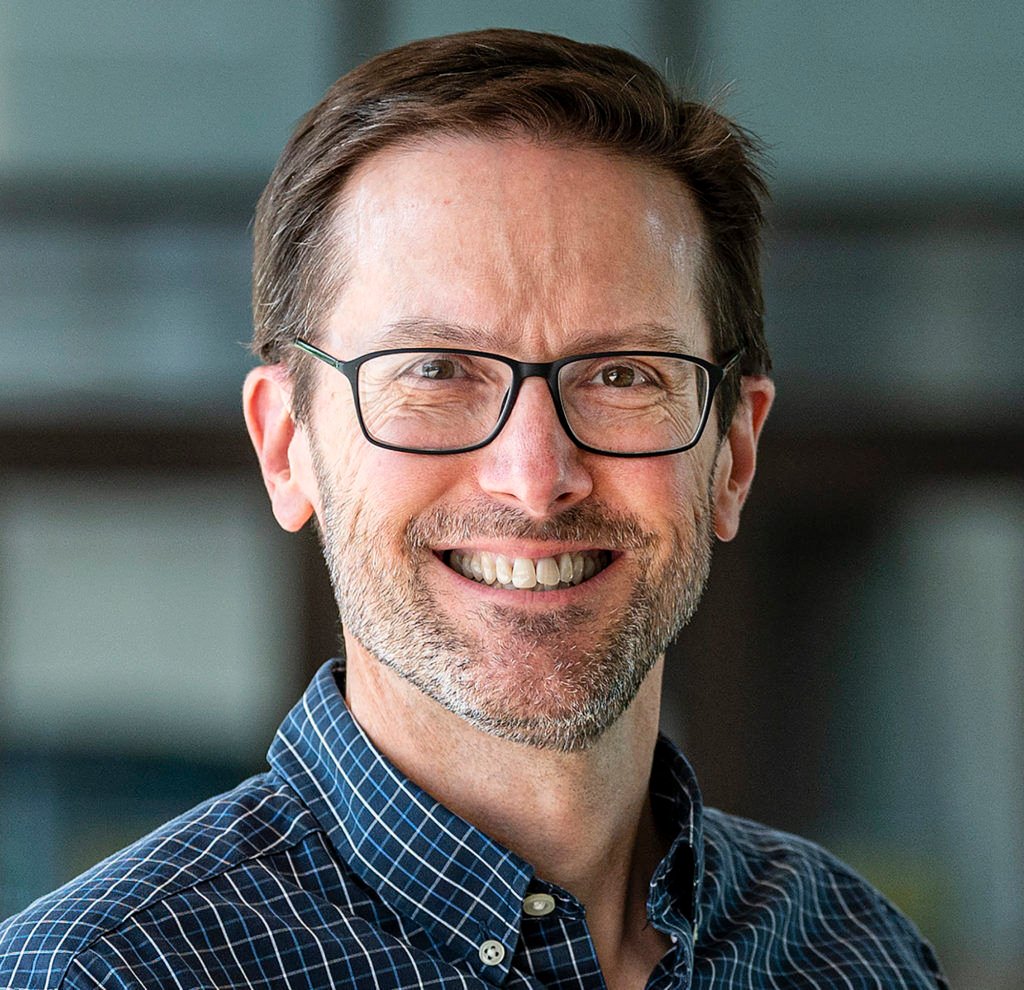 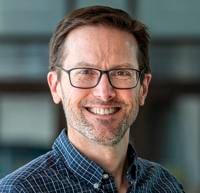 Andrew Downs, associate professor of political science at Purdue University Fort Wayne and board member of the commission, will moderate the Oct. 20 debate. Provided photo. 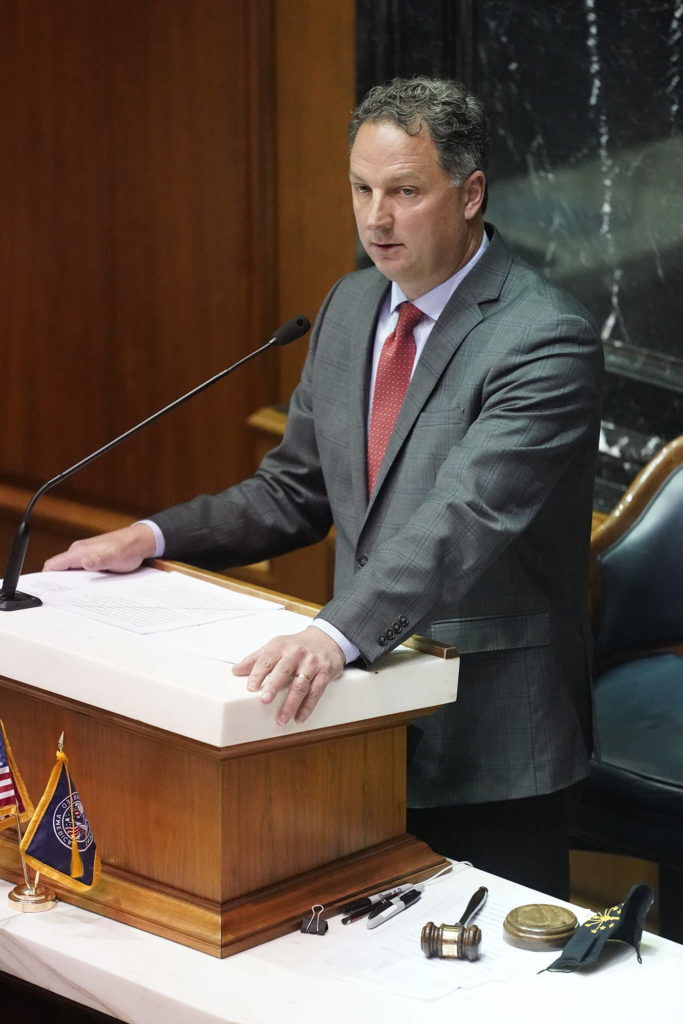 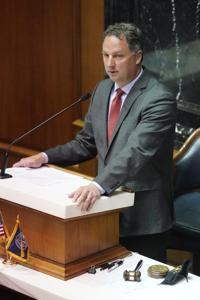 INDIANAPOLIS — Thirteen new House members and three new senators were sworn in on Organization Day Tuesday — including an anti-abortion representative supporting an anti-Muslim group and the state’s first Muslim legislator — as the ceremonial start to the 2021 legislative session that will be tasked with addressing COVID-19 issues, the creation of the two-year budget and redistricting.

Rep. John Jacob, R-Indianapolis, is a self-described ultra-conservative and pro-life abolitionist and has said he will co-author the Protection at Conception Bill. The bill, which would outlaw abortion in Indiana, failed to pass during the 2020 session.

Jacob has also been involved with the controversial anti-abortion organization Operation Save America — which openly denounces LGBT+ and Muslim people — and attended protests about COVID-19 restrictions. Jacob was also asked by Republican and Democrat lawmakers to apologize for several Facebook posts that have been circulating the internet from a few years ago. In the posts, he said Islam cannot coexist with Christianity in the United States and called the Roman Catholic Church a cult.

Jacob represent a district on the southside of Indianapolis and northern Johnson County. The district is Republican, and Jacob bested Democrat opponent Angela Elliot with 61% of the vote to her 39%.

Also representing the Circle City is Democrat Fady Qaddoura, D-Indianapolis, who became the first Muslim elected to the Indiana Statehouse with his victory against Republican incumbent Sen. John Ruckelshaus. Qaddoura’s win — he received 6% more votes than Ruckelshaus —was the only Senate seat flipped by Indiana Democrats in the general election.

Recently appointed Indiana Senate Democratic Caucus leader Sen. Greg Taylor, D-Indianapolis, said that while most newly elected legislators don’t have a large hand in the creation of the two-year budget, new senator Qaddoura will serve on the appropriations committee and as a non-voting member of the budget committee for the Senate Democrats.

“As a new leader, it’s time for us as leadership to recognize that new ideas and new concepts are just as important as longevity,” Taylor said, adding that Qaddoura has abundant energy and understands budgets.

Qaddoura has extensive experience in finance, as he was appointed by Indianapolis Mayor Joe Hogsett as the city and county controller to fix the city’s $55 million budget deficit. In this role, he balanced the city’s annual budget of $1.2 billion and downsized the city government to save taxpayer money.

Taylor will serve as the first African American leader of the Indiana Senate Democratic Caucus this session following a vote of the caucus, replacing Sen. Tim Lanane, D-Anderson. Taylor has represented Indianapolis since 2008.

Over the summer, Taylor stood with the Indiana Black Legislative Caucus, when the group called for reforms to the criminal justice system. He argued that process requires passing a more inclusive hate crimes law, creating teams specially equipped to deal with mental illness and decriminalizing marijuana possession.

In his new role he said he hopes to work with Senate President Pro Tempore Rodric Bray, R-Martinsville, to pass bipartisan legislation.

Walker was chosen to represent the northeast Marion and southern Hamilton counties against four other candidates on the caucus ballot. Merritt was the longest-serving member of the Indiana General Assembly, holding a Senate seat for 30 years.

The potential in new faces

Andrew Downs, head of the Mike Downs Center for Indiana Politics at Indiana Purdue Fort Wayne, said most new legislators will be focused on learning their way around the Statehouse and voting to please their constituents, rather than on pushing legislation.

The newly elected group consists of six Democrats and 10 Republicans, including Qaddoura and Jacob.

Sen. Shelli Yoder, D-Bloomington, is among one of the three Democrats to win uncontested races. Yoder, a two-time former candidate for the 9th Congressional District, defeated Indiana Democratic Party Chairman John Zody in the primary with 80% of the vote. Zody announced Nov. 6 that he would not seek reelection.

Rep. Mike Andrade, D-Munster, won his race for District 12 against Republican challenger Tom Wichlinski with 58% of the vote. Andrade will represent parts of Lake County.

Rep. Mitch Gore, D-Indianapolis beat out Republican incumbent Cindy Kirchhofer in a close race with only 51% of the vote. Gore will represent southwestern Marion County.

On the Republican side, no newly elected legislators ran uncontested. Sen. Scott Baldwin, R-Noblesville, beat Democrat challenger Ronald Saunders with 64% of the vote for District 20. In similar large margins, Rep. Craig Snow, R-Wabash, won against Democrat opponent Chad Harris with 78% of the vote. With 68% of the vote, the race for District 58 representative was won by Rep. Michelle Davis, R-Greenwood.

Rep. Cindy Ledbetter, R-Boonville won the race for District 75 with 61% of the vote against challenger Democrat challenger John Hurley.

Several Indiana House seats were gained by Republican challengers in the 2020 election.

At the Indiana Chamber Legislative Preview Monday, House Speaker Todd Huston, R-Fishers, said this is a challenging year for a legislator to have a first session in the General Assembly. He also said that while new members will not have a large role in creating the budget, the House will incorporate as much input from members as possible.

The Legislative Continuity Committee had its final meeting Nov. 12, cementing plans for Organization Day and the legislative session. The group decided that masks will be strongly recommended, but not required.

In discussion about the committee’s decisions, Huston acknowledged that the new challenges and logistical changes caused by COVID-19 may be difficult to overcome during the legislative session.

“There’s going to be a whole series of challenges and hiccups, and it will be imperfect,” Huston said. “And I want to acknowledge that off the bat.”

The 2021 legislature will be tasked with creating the next two-year budget and redrawing legislative district boundary lines, with an emphasis on congressional districts. During the session they will also likely face issues created by COVID-19 and a continued push for increased teacher pay.

With these big issues on their plates, Downs said it’s unlikely that the General Assembly pushes legislation that can be viewed as optional or put on hold this session.

Taylor Wooten is a reporter for TheStatehouseFile.com, a news website powered by Franklin College journalism students.