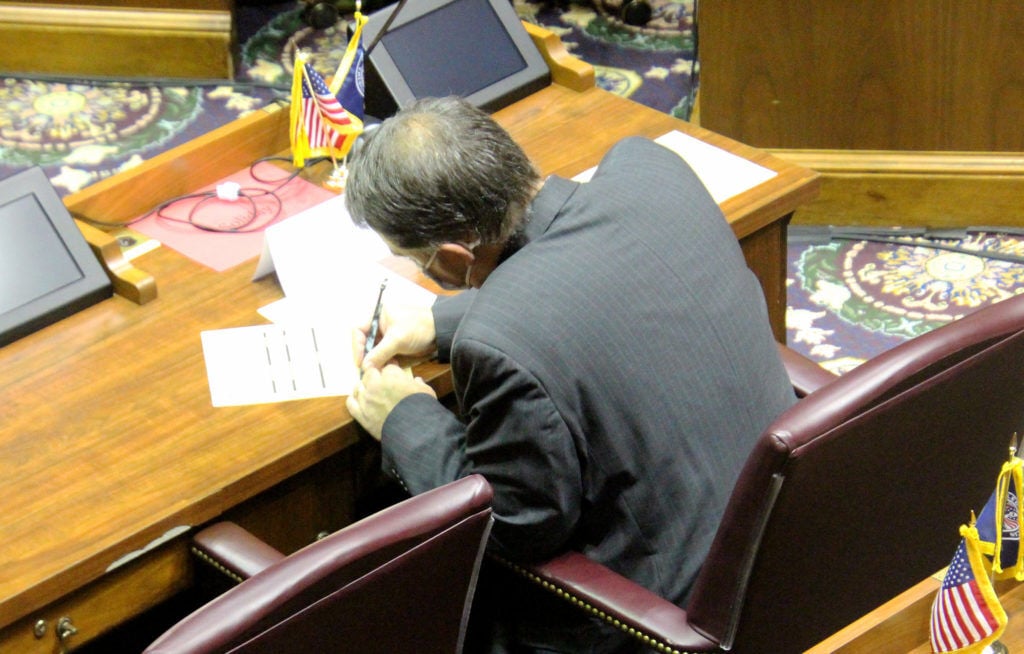 Jeffrey M. Heinzmann, of Fishers, was one of 11 electors to cast a ballot for Indiana’s Electoral College votes to go to President Donal Trump and Vice President Mike Pence Monday. Photo by Janet Williams, TheStatehouseFile.com 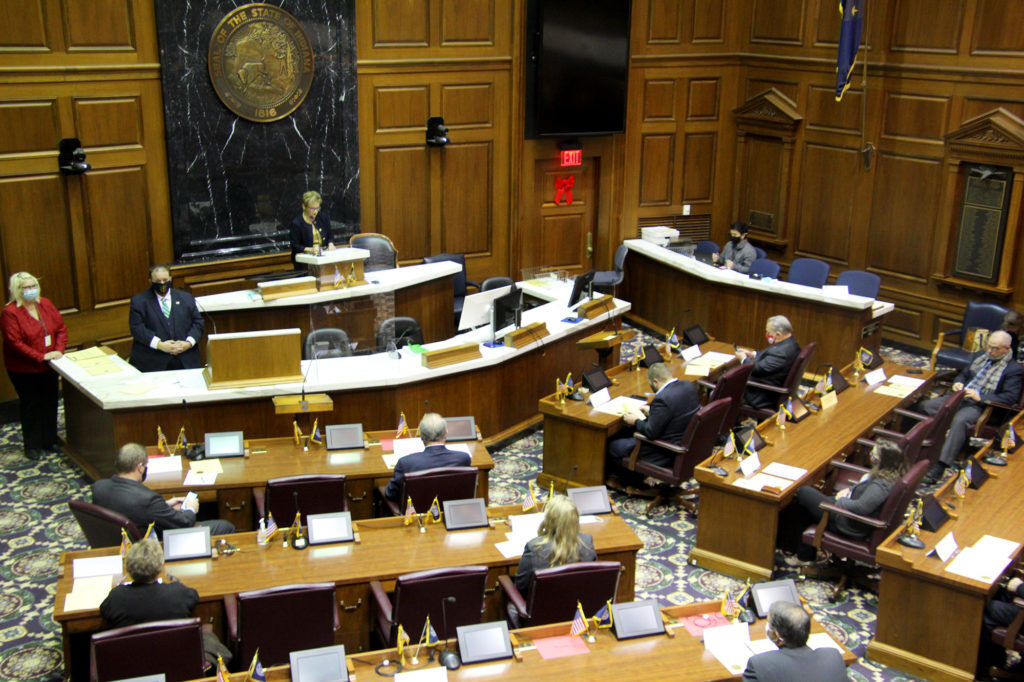 Indiana Secretary of State Connie Lawson presided over the meeting of Indiana’s 11 electors at the Statehouse Monday when they met to formally cast the state’s Electoral College votes for President Donald Trump and Vice President Mike Pence. Photo by Janet Williams, TheStatehouseFile.com

At a largely formal ceremony presided over by Secretary of State Connie Lawson, the electors were sworn in and then formally signed the documents casting their votes for Trump-Pence that will be tallied in a joint session of Congress on Jan. 6.

Lawson, presiding over her third such vote, said in the past the event has had a more celebratory atmosphere. But on Monday, as cases of COVID-19 continue to rise across the state and country, the voting in the House chamber at the Statehouse was subdued.

Participants wore facemasks and maintained a safe social distance in the chamber while the public was limited to watching online. However, the live feed was disrupted and several hundred people online were unable to watch.

The outcome of the vote has been pre-ordained because in most states, Indiana included, electors are required to vote for the winner of the election within the state. So even though Trump was a winner in Indiana, he lost the election overall by about seven million votes—306 to 232 votes in the Electoral College.

This year marks the third presidential election year in a row that Hoosiers have voted for the Republican candidate in the presidential election. Indiana last went for a Democrat in 2008, President Barack Obama. The last time before that was in 1964 when its electoral votes went to Lyndon Johnson.

Here are some highlights from past Electoral College votes: