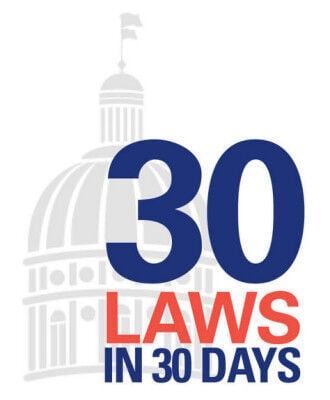 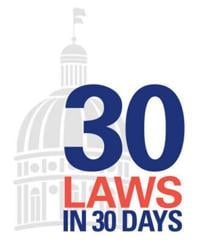 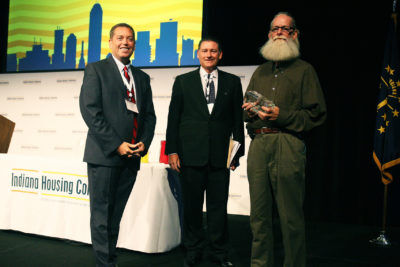 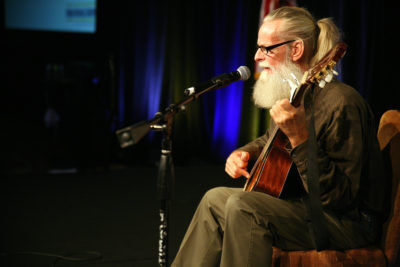 By Ashley Shuler TheStatehouseFile.comEditor’s note: This is the first in a series of stories about new laws that are taking effect, most of them on July 1. INDIANAPOLIS – Through salvaged bikes and acoustic guitar, Billy Young is starting to feel like his old self. “That’s who I was before everything happened,” he said. “And that’s who I’m trying to get back to.”

In 2011, Young found himself on the street after multiple deaths in his family made him think there was little reason to live himself. He became addicted to alcohol and was often arrested for public intoxication. After being homeless for two and a half years, Young found a permanent home at Crawford Apartments in Bloomington, a “housing first” development that targets people who are chronically homeless. “I love this place,” Young said. Shortly after moving into his apartment, Young overcame his addiction all on his own after having a hard time finding free services to help him and also got a part-time, minimum wage job through the Experience Works program. In his spare time and with his spare money, he started searching the city for parts to restore abandoned bicycles. He wanted to help people. Last summer, Young won an outstanding resident volunteer award from the Indiana Housing and Community Development Authority for donating his reclaimed bikes to people in Bloomington who need transportation and are living on the street — just like he once did. “I didn’t want a profit out of it. I didn’t want recognition,” he said. “I wanted it to be real small. That’s really what it still is. If I keep it small, I can help people more.” [caption id="attachment_31710" align="alignright" width="342"]

Billy Young (right) poses with Indiana Housing and Community Development Authority Executive Director Jacob Sipe (left) and Herman & Kittles Properties President and CEO Jeff Kittle (middle) at the Indiana Housing Conference Awards. Young was given the outstanding resident volunteer award at the ceremony in August 2016. Photo provided by the Indiana Housing and Community Development Authority[/caption] Young is a success story of the model Senate Enrolled Act 242 builds out of. Sen. Jim Merritt, R-Indianapolis, co-authored the bill, which establishes a fund for Indiana Housing First Program to get homeless people with serious and persistent mental illnesses and chronic chemical addiction into residences using money from the state’s two-year budget. “This results in a housing crisis because of these health situations in their lives,” Merritt said. The law, which goes into effect July 1, leaves it up to the Indiana Housing and Community Development Authority to use the $2 million over two years to find and fund partnerships with non-profit and faith-based organizations in local communities to offer residences in existing buildings for people suffering from mental illnesses or chemical addiction. The department then has to find residences by reaching out to local organizations that are often touch points for people who experience these health problems, such as hospitals. Merritt said Indianapolis has never had housing programs for the homeless and that the city often relies on places like Wheeler Mission and other charitable and the corporate entities to provide for people who are homeless. He said this law is a statement by the state government that lawmakers want to help people who have fallen on hard times because of mental illness or addiction. “This is really the first time that government has committed and added a boost, if you will, to those who are homeless due to these crises in their lives,” he said. Once people are placed in housing and given rental assistance, the law mandates the department provides wraparound support services like employment assistance, job training, substance abuse and addiction treatment, education assistance, life skills assistance and treatment and management of mental and physical health problems. The idea is that people need stable, safe and affordable “housing first” before they can truly get treatment, recover and become independent. “This is a hand up, not a hand out,” Merritt said. “This is a probably temporary boost to allow people to help themselves pull up by their own bootstraps. We’ve rarely done this, and I think it’s a breakthrough by state government that we’re willing to reach out to those struggling.” Results from a study done by the state’s housing agency in 2013 found a significant public cost savings from providing permanent supportive housing to people who are chronically homeless, even when factoring in the extra cost of providing housing. The study’s results suggested the state would save nearly $1,200 per person because of money spared by reducing how often people who were chronically homeless used emergency shelters, visited the emergency room or were jailed. [caption id="attachment_31709" align="alignleft" width="348"]

Billy Young sings and plays a song he wrote about homelessness in place of his acceptance speech at the Indiana Housing Conference Awards. Young kept track of his journey of homelessness and recovery through music. Photo provided by the Indiana Housing and Community Development Authority[/caption] But perhaps more important, the study says, the majority of permanent housing tenants interviewed experienced a significant, positive change in their lives because of their provided housing. Young finds that same positive impact in his life. He said he has a hard time articulating what he thinks about the state’s newly funded Indiana Housing First Program and is better at expressing his thoughts through song than words, which is why he chose to sing and strum one of the many songs he was written about homelessness instead of giving an acceptance speech when he received his volunteer award at the Indiana Housing Conference last August. But what he can say is that what the state government is trying to do is simply a wonderful, life changing thing for those struggling. “One of the greatest things you can try to do is help people,” Young said. “And once people see that you’re doing something, and it has a result in a positive constructive way, maybe more can happen. The more we can do like that, the bigger the snowball is going to get.” Ashley Shuler is a reporter for TheStatehouseFile.com, a news website powered by Franklin College journalism students.