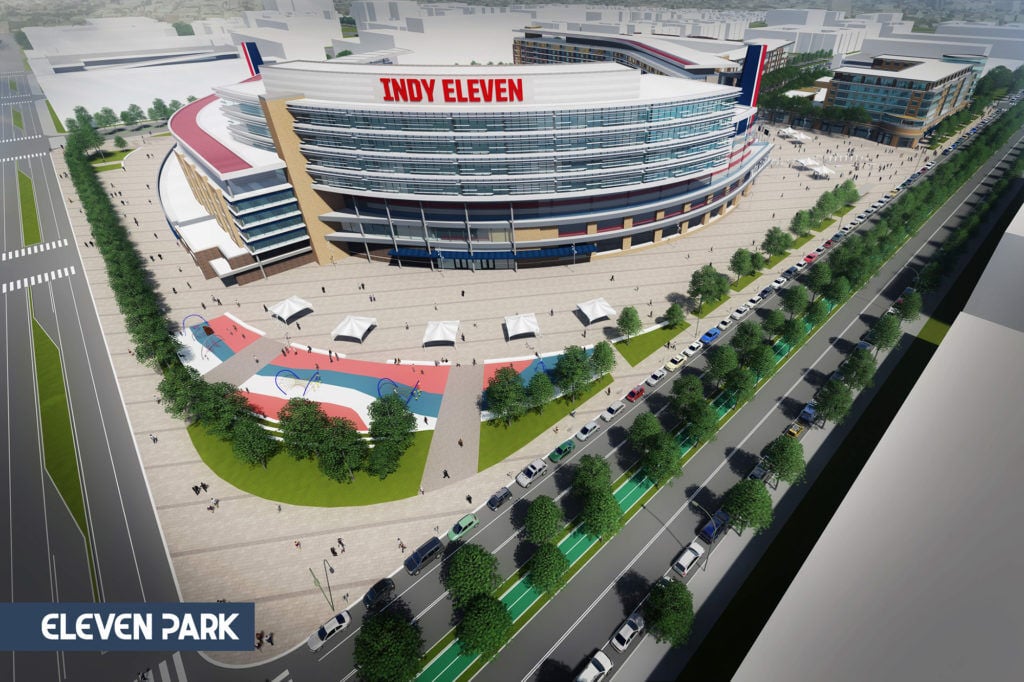 The stadium in Eleven Park will host not only the Indy Eleven but also other professional and amateur sporting events, concerts and community events. Rendering provided by Indy Eleven. 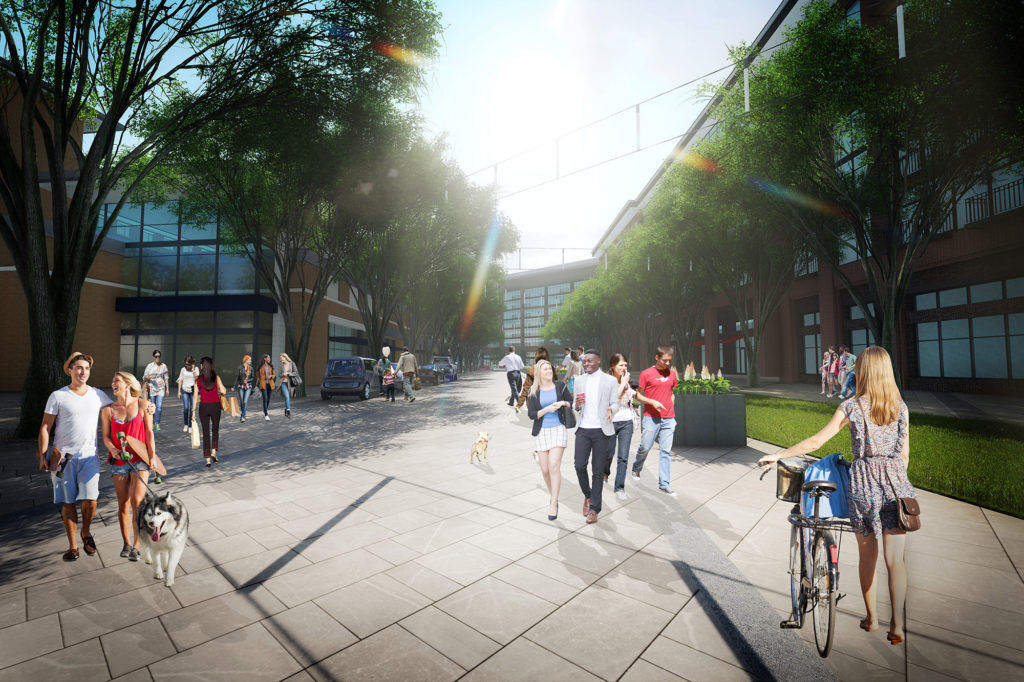 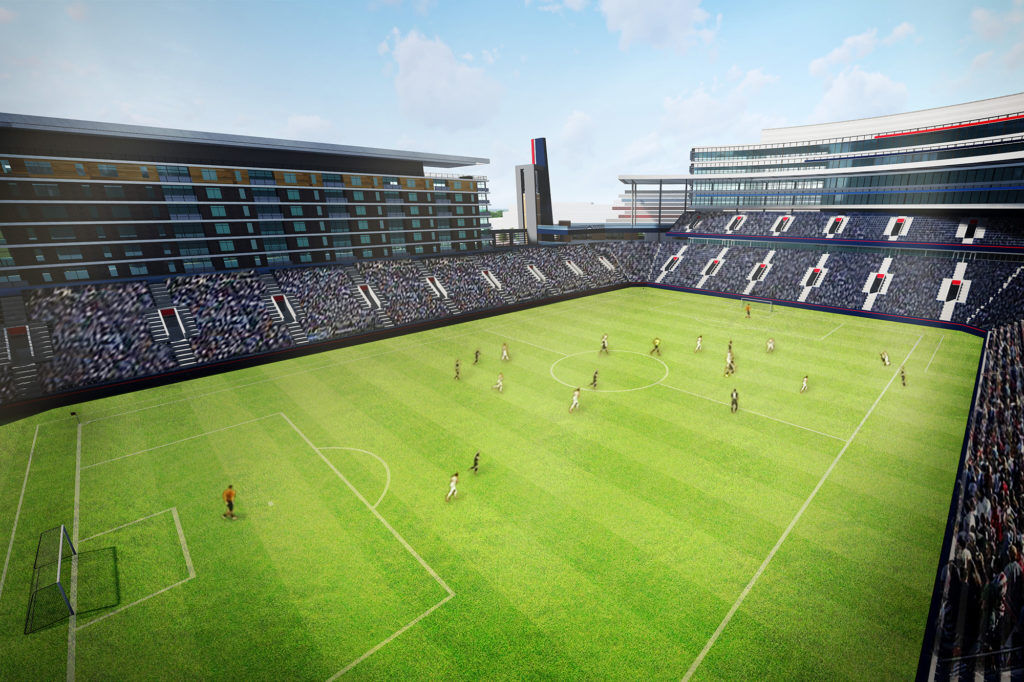 The central building of Eleven Park is the 20,000-seat multipurpose stadium, which will host a variety of games and events. Rendering provided by Indy Eleven.

INDIANAPOLIS—The Indy Eleven, Indianapolis’ professional soccer team, could have a permanent home in Marion County. Senate Bill 385, which extends the date for the team to finalize its plans, is moving through the House.

The bill was discussed Tuesday in the House Ways and Means Committee, where it passed unanimously. Author of the bill Sen. Jack Sandlin, R-Indianapolis, said there were no substantial changes in the bill, which pushes back the dates set in an earlier bill—Senate Bill 7— that passed into law in 2019.

SB 7 established an additional professional sports development area, or PSDA, in Marion County. Sandlin said SB 385 just extends the date to create the new PSDA, which would have to be enacted by the Indianapolis Metropolitan Development Commission after the city and the team make a deal. The original date was July 1, 2022, but it is now July 1, 2024.

Soccer is one of the most popular sports in the world, and it’s starting to pick up momentum in the United States. By 2022, Major League Soccer will expand up to 30 teams from the current 26.

The Indy Eleven is presently a minor league team, and it’s looking to create a permanent residence in Indianapolis. Lobbyist Matt Bell testified at the Ways and Means Committee on behalf of the team.

“All I am here to do today is to reiterate our excitement about creating a permanent home for professional soccer in our capital city,” Bell said. “The delays brought on by the pandemic have slowed the ability to bring this deal to consummation. We’re eager to do so.”

Eleven Park is the name of the entire development project—stadium and neighborhood—which will include a hotel, office, apartments, retail and public areas. The Indy Eleven plans on announcing the location for the park at the end of March.

The 20,000-seat stadium will mainly be used by the Indy Eleven, but it will also host several other professional and amateur sporting events, concerts and community events. The neighborhood will have around 600 apartment units and a 200-room hotel.

“This is more than a stadium, it is the opportunity to create a vibrant community that will attract individuals and families from near and far to live, work and play—creating jobs and improving quality of place far beyond game day,” the statement said.

The project, which was unveiled in 2019, was originally proposed by Indy Eleven owner Ersal Ozdemir, CEO of Indianapolis developer Keystone Group.

According to a January 2021 Indianapolis Star article, the $550 million project would be made up of $400 million in private investment in restaurants, shops, offices and apartments, the $150 million stadium, and other public investments.

Ozdemir has been pitching proposals for a soccer stadium since 2015—just a year after Indy Eleven started playing. According to the Star article, under the legislation, 80% of the stadium cost would be paid back by taxes collected from the development area, and the other 20% would be paid by the Indy Eleven.

Seven other teams across the country are building privately financed stadiums, which a New York Times article from June 2020 calls a “departure from the billions of public dollars spent on new arenas in other sports leagues.”

The article says the league’s building boom shows projects totaling $2.85 billion that will stretch into 2022, when the league expands the number of teams.

Since SB 385 passed unanimously through the Ways and Means Committee, it will move on to second reading on the House floor.

Hope Shrum is a reporter for TheStatehouseFile.com, a news website powered by Franklin College journalism students.