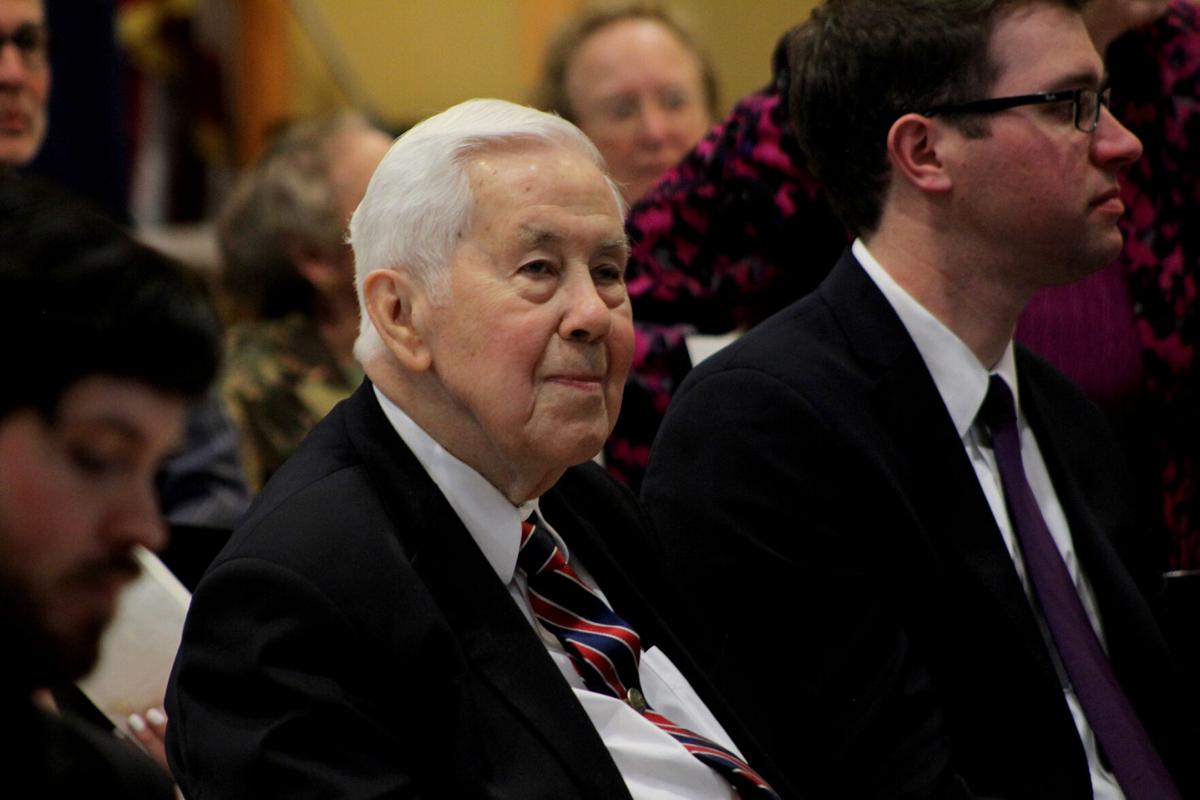 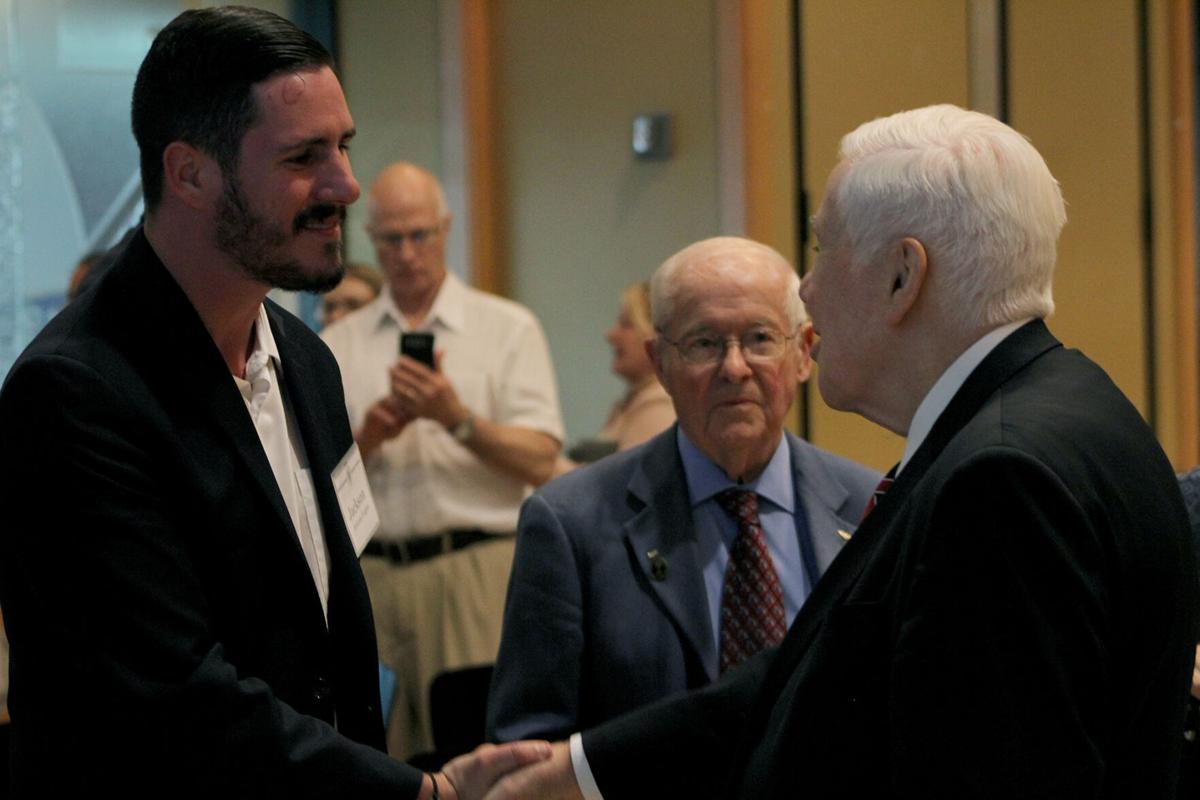 By Erica Irish TheStatehouseFile.com FRANKLIN, Ind. — Students and faculty of Franklin College's Pulliam School of Journalism premiered their documentary about the life and work of former U.S. Sen. Richard Lugar at the campus Monday night. Over a year in the making, "Richard Lugar: Reason's Quiet Warrior" portrayed the former senator and Indianapolis mayor as a leader who has left a lasting legacy on his state and the nation. Through donor support, journalism faculty and students partnered with WFYI Public Media to produce the hour-long film. "I'm so grateful to see and to hear from dear friends throughout the last half-century who have meant so much in my life," Lugar said after the premiere. "We all tried the very best we could to serve our city, our state, our county, our world. It was a wonderful opportunity." [caption id="attachment_35466" align="alignleft" width="291"]

Former U.S. Senator Richard Lugar sits in Franklin College’s Branigin Room. The Indiana politician watched the premiere of a documentray depicting his life and career, “Richard Lugar: Reason’s Quiet Warrior.” Photo by Erica Irish, TheStatehouseFile.com.[/caption] Franklin College President Thomas Minar expressed his thanks to Lugar and the staff of students and professionals who completed the project. "It's extraordinary for Franklin College to be part of honoring such a world leader, truly a statesman, particularly given the state of the world today," he said. "It's even more important and so wonderful for us to see our students have a hands-on role in such a project." Senior Jackson Hughes, a political science major, met with Lugar after the screening. He credited Lugar's work in arms reduction, such as the Nunn-Lugar treaty to reduce nuclear and chemical weapons after the collapse of the Soviet Union, as inspiring his senior research project on nuclear tensions between India and Pakistan. "As partisan as a time as it is right now, regardless if you're in international relations or you're focusing domestically, the ability to work with both sides is needed," Hughes said. [caption id="attachment_35465" align="alignleft" width="299"]

Franklin College senior Jackson Hughes meets former U.S. Senator Richard Lugar for the first time. Hughes called Lugar’s nuclear disarmament work the inspiration for his senior research project on nuclear relations in India and Pakistan. Photo by Erica Irish, TheStatehouseFile.com.[/caption] Hughes will begin his career as a field director with the Indiana State Republican Party May 21, where he will work on behalf of whichever candidate wins the Republican nomination for the U.S. Senate. Drawing on his 36-year career in the U.S. Senate, Lugar also praised on Democratic U.S. Sen. Joe Donnelly's and Republican U.S. Senator Todd Young's impact on national politics. "Joe Donnelly and Todd Young are two senators who are the best pair in the country in our Lugar Series index" Lugar said. "They have been the most cooperative in terms of their colleagues and working constructively toward legislation." Lugar also touched on the Republican primary contest among candidates U.S. Reps. Luke Messer and Todd Rokita and businessman Mike Braun — all of whom participated in their own televised debate sponsored by the Indiana Debate Commission Monday night. "I believe the nature of the race has been very unfortunate," he said. "I'm not going to, in any way, attempt to influence the race by making a comment beyond that. I wish obviously that it had been possible for the debates and the discussion to be much more constructive." The Lugar documentary will air on WFYI May 21.  Erica Irish is a reporter for TheStatehouseFile.com, a news website powered by Franklin College journalism students.