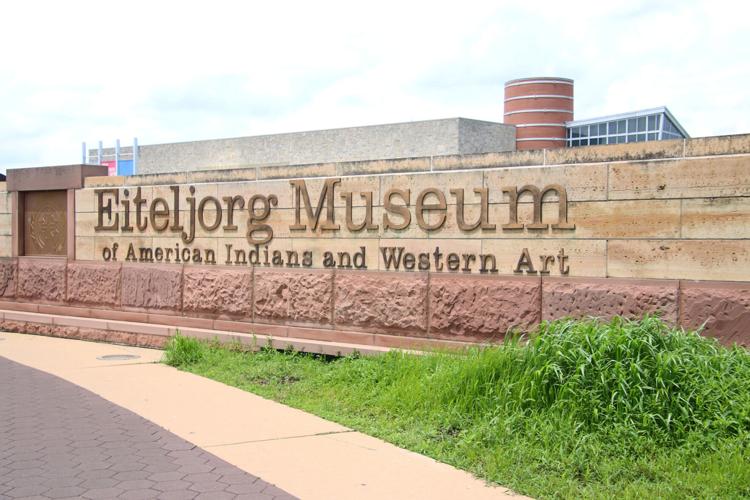 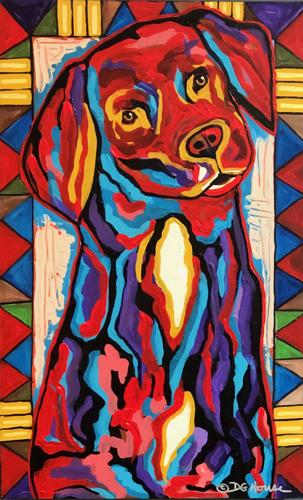 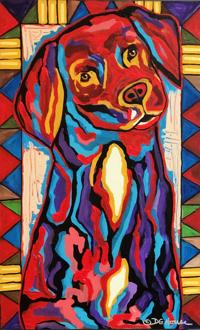 By Victoria Ratliff TheStateouseFile.com INDIANAPOLIS—DG House spent the early years of her career as a photographer for the New York Rangers hockey team and doing more mainstream artwork. In 1995, she decided to be more involved with her culture as a member of the Cherokee of Northeast Alabama tribe. She began photographing, painting, and capturing the landscapes and wildlife across Montana, specifically near Yellowstone National Park. [caption id="attachment_39184" align="alignright" width="351"]

The annual Eiteljorg Indian Market Festival will be held June 22 and 23 on the grounds of the museum. Photo by LaMonte Richardson, TheStatehouseFile.com.[/caption] House is among the 120 Native Americans who will be displaying and selling their art at the Indian Market and Festival this weekend, June 22 and 23, at the Eiteljorg Museum of American Indians and Western Art. The museum iscelebrating its 30th anniversary. The festival, modeled after a similar one in Santa Fe, features Native American artists who will display original artwork, ranging from paintings and photos to pottery and jewelry. House made the 25-hour journey from Bozeman, Montana to Indianapolis to share her culture and her paintings, photographs and other works of art. House, who grew up in Cincinnati, Ohio, has been creating art all of her life and eventually went to the University of Dayton to major in art. She left school when she was given an opportunity to work full-time as a photographer for the Rangers. She made a career switch to focus more on her art and culture after spending years away from her Native American culture. “I wanted to do something that resonated with me,” House said. The Eiteljorg’s Indiana Market and Festival, in its 27th year, is welcoming more than 50 Native American nations and tribes from across the United States and Canada. Bryan Corbin, the museum’s public relations manager, said that the festival gives patrons a different experience compared to simply seeing the artists’ work in the museum. “That’s a big part of the appeal of the Eiteljorg Indian Market Festival,” he said. “It’s the opportunity not just to shop for the art but to have a face-to-face conversation with the artists.” Some of the artists, such as House, have had their artwork featured inside the museum. This is a chance, Corbin said, for visitors to see these artists in their element and make a deeper connection with them. [caption id="attachment_39197" align="alignright" width="381"]

A work by artist DG House entitled “Rez Dog, Good Dog.”[/caption] That is what she likes about the festival, House said. “You get to actually spend time with these people who have dedicated their lives to Native American art.” House now travels across America to show her artwork at other festivals like this one. She enjoys the atmosphere, and the fact that many people come to learn about the cultures. “You don’t have to deal with stereotypes when you go to a festival like this,” she said. Along with the artists selling their work, there will also be scheduled performances by Native Americans. Some include Son of Hwéeldi, a rock, blues and soul band, and Tony Duncan, world champion hoop dancer, who will perform with his family. For the first time this year, the museum held preview shows of the performances by Duncan and Son of Hwéeldi. Corbin said that the museum wanted to raise awareness for the event in the community. Admission is $15 at the gate for adults and is free for children under 17. Advance discount tickets can be purchased online for $13. Admission to the museum is included, and visitors can view the museum and the special exhibition ‘A Sense of Beauty.’ The exhibit showcases contemporary Native American art in creative and unique ways. “Native Americans are not people of the past, they’re people of today,” Corbin said. “It’s important that we celebrate Native Americans and Native American’s contributions.” Victoria Ratliff is a reporter for TheStatehouseFile.com, a news website powered by Franklin College journalism students.Editor's note: This story has been updated to correct a mistake in a quote from Bryan Corbin.