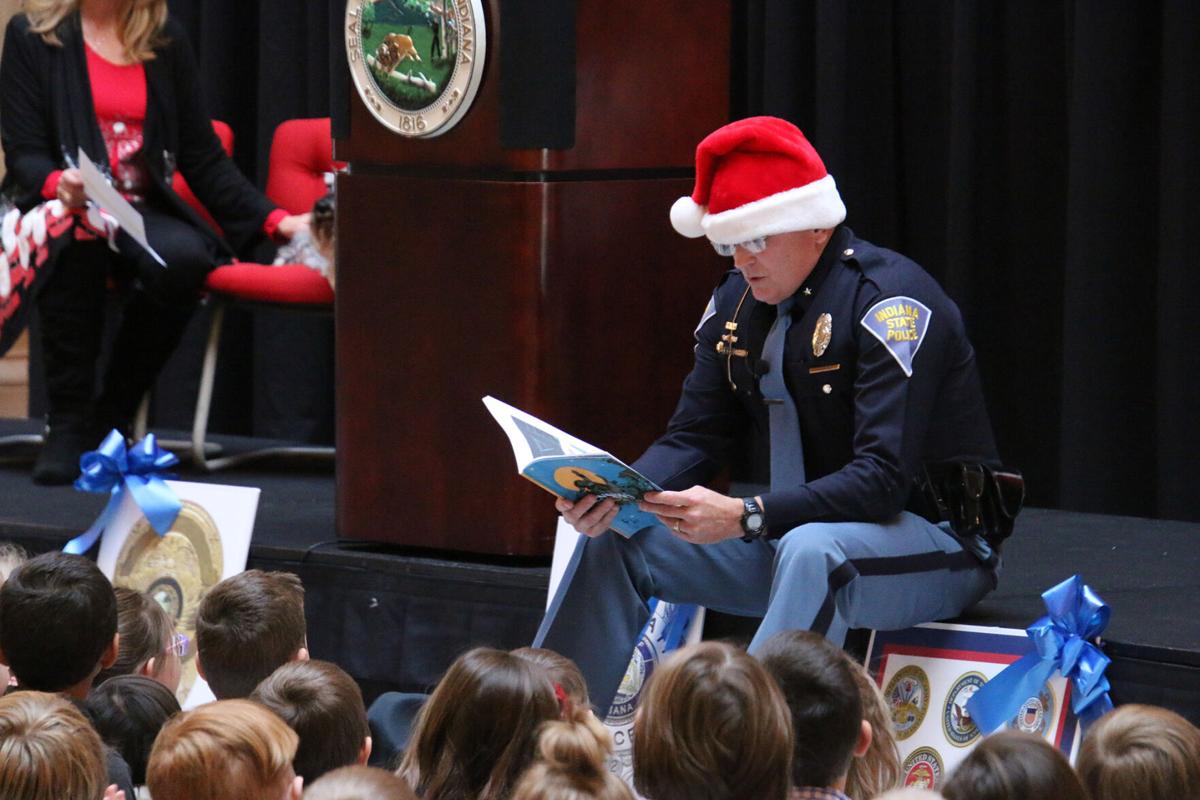 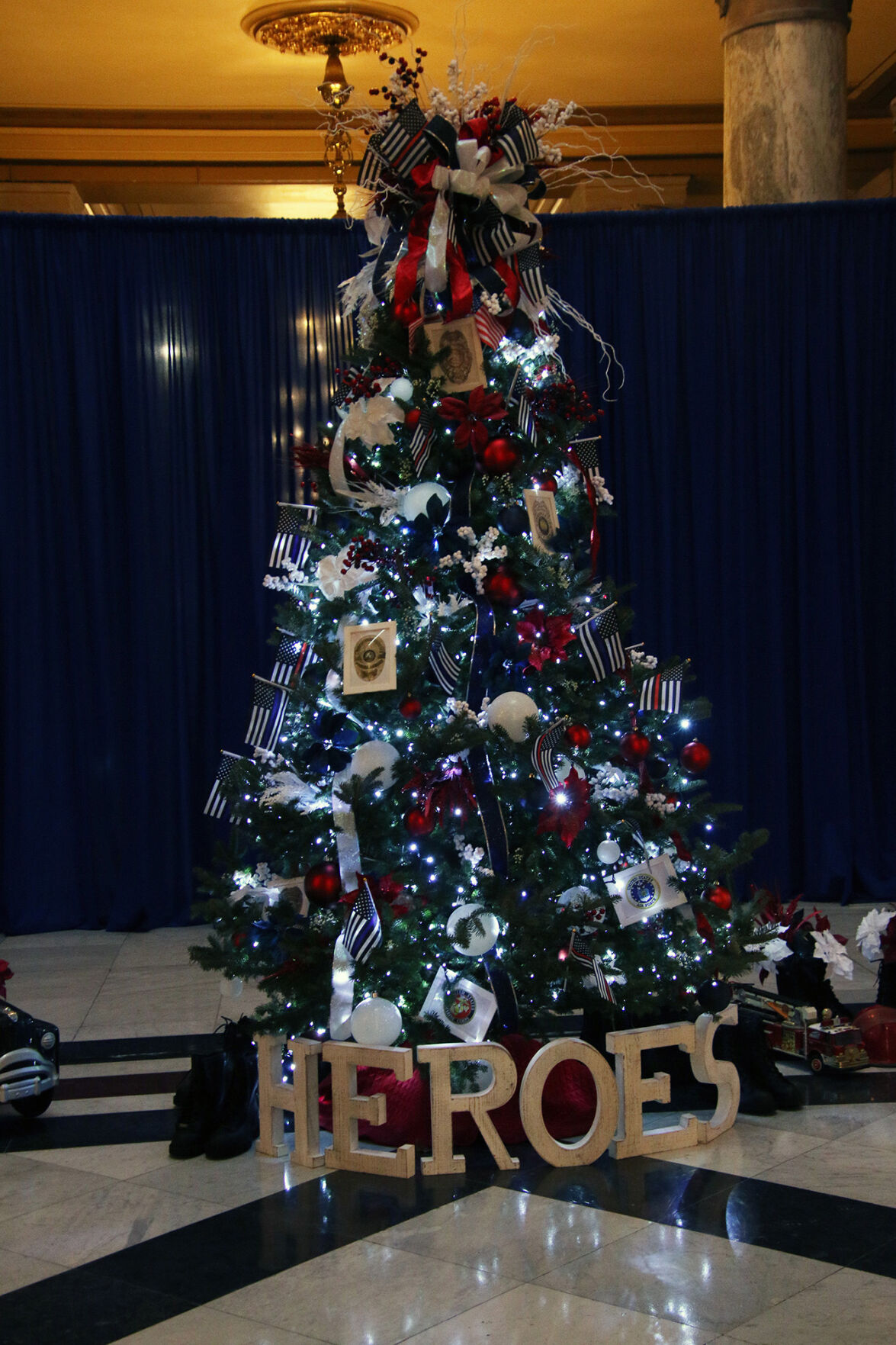 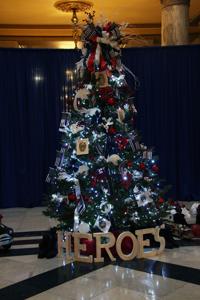 By Brynna Sentel TheStatehouseFile.com INDIANAPOLIS—Nearly 400 children from three Indiana elementary schools got a taste of the Christmas holidays a little early at the annual Hoosier Holidays event at the Statehouse. With First Lady Janet Holcomb as host, the children from Acton Elementary, Western Wayne Elementary and Towne Meadow Elementary had a chance to tour the Statehouse, which is decked out in Christmas trees and a giant wreath hanging from the third floor balcony. [caption id="attachment_40420" align="alignright" width="434"]

Indiana State Police Superintendent Douglas Carter, read “Twas the Night Before Christmas” to elementary school children during a holiday celebration at the Statehouse. Photo by Brynna Sentel, TheStatehouseFile.com[/caption] “This is a great tradition in our state and we have kids join us every year from around the state to help us celebrate the holidays and kick off the holiday season,” Holcomb said. The first lady introduced the program with a brief lesson in government and history before the main event—a reading of Clement Moore’s classic “Twas the Night Before Christmas” by Douglas Carter, the superintendent of the Indiana State Police. This year’s theme was Heroes of the Heartland so first responders, police officers, firefighters and military personnel all joined to celebrate the holidays. The program was also accompanied by the Plainfield High School chorus group Les Chanteuses. Holcomb also recognized the recipients of eight Homeland Security awards that have been recently honored at the Indiana Emergency Response Conference. [caption id="attachment_40427" align="alignright" width="382"]

First responders, police and others were honored during the annual Hoosier Holidays celebration at the Statehouse. Photo by Brynna Sentel, TheStatehouseFile.com[/caption] “It’s an amazing way to represent Indiana First Responders I think it means something very special to them when they do this,” said Wade Walling, fire and public safety cabinet administrator for the state fire marshal. “It lets them know the state cares about the job they are doing.” Several special guests joined the first lady at the event including Terri Stacy from WIBC, Santa and Mrs. Claus, and the first dog, Henry, who sat quietly on the stage next to the first lady. Following the ceremony the students helped Holcomb decorate three different Christmas trees, which sit under the dome in the Statehouse and then they had a chance to tell Santa what they want for Christmas. “We love kids that's the whole reason we do it, to protect people and to protect those kids and make sure they have a good Christmas,” Walling said. “We train and work hard to make sure they have the things they want and need and they are protected so we love kids so we are excited they are here.” Brynna Sentel is a reporter for TheStatehouseFile.com, a news website powered by Franklin College journalism students.