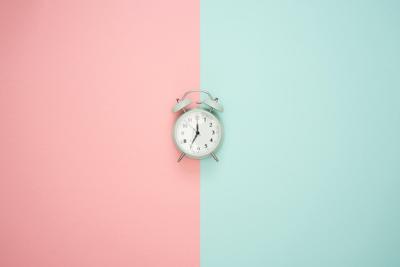 Serving as the No. 1 reason to show up to work late every spring, daylight saving time has a troublesome reputation in Indiana—and it’s well earned, too.

Since 2006, Hoosiers have scoured their homes for each and every clock, changing them not once but twice each year.

On Johnson County’s City of Franklin Chat on Facebook, there were over 150 comments underneath a post about daylight saving time Thursday. Group members called it “outdated,” “horrible” and “useless.”

Some said they hate how dark it always is when they leave work or how their body clocks get messed up. Others mentioned how it could be linked to seasonal depression, since people are less likely to get out of the house when the sun is down.

One wrote, “HATE IT!!! As a parent and former early childhood educator, it’s AWFUL!!! Forcing kids to abruptly change their body clocks, and make an overnight adjustment is RIDICULOUS!!!! And for me as an adult, I also HATE it!!!!! Who do we need to pressure to end the madness?”

More than hating DST, most people are just confused and don’t understand the point of changing time.

Where did all of this confusion come from?

There’s a misconception that Benjamin Franklin is to blame, though this rumor started after he wrote a satirical letter for the Journal de Paris. The letter simply stated that to save money on candles, people should just wake up earlier … when the sun is up. Pretty mind blowing, huh?

We actually have two men to thank for such an idea.

The first, George Hudson, an entomologist from New Zealand, proposed that people move clocks two hours ahead so that in the summer, he would have more time to collect his bugs.

The second, William Willett, a builder from England, proposed a more complicated plan. He decided that people should move their clocks 20 minutes ahead every Sunday in April, and then move them back every Sunday in September, because remembering to adjust every clock in your home isn’t difficult—said no one ever.

The U.S. first considered time change in 1918, when a bill suggested a seasonal time change. Supporters of the bill believed it would save fuel and catch the U.S. up with the mystical time-changing ways of European countries. This bill lasted seven months before being repealed.

President Franklin D. Roosevelt brought back the idea of daylight saving time, calling it “War Time.” This lasted from 1942 to 1945.

After this, according to WebExhibits.org, from 1945 to 1966, there were no federal laws on daylight saving time, so cities were able to choose whether or not to follow the cycle.

Obviously, the U.S. has always struggled with DST.

After the 1960s, there was a lot of back and forth. Nixon signed a law on observing daylight saving time, then it was amended, and then DST resumed, and then it was halted once again.

Prior to 2006, Indiana was one of three outliers that did not observe DST.

This all changed when Gov. Mitch Daniels entered office and pushed for enacting DST in Indiana. He argued that Indiana not following DST hindered economic growth because it confused others outside the state … and those in the state.

Though it’s generally despised by Hoosiers, at least there’s sure to be an annual laugh in March if you forget to change your alarm clock.

Ashlyn Myers is a reporter for TheStatehouseFile.com, a news website powered by Franklin College journalism students