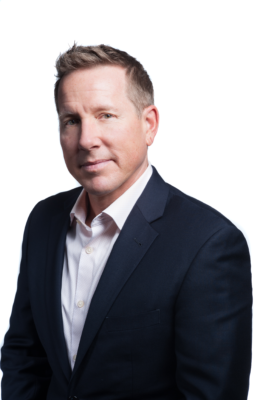 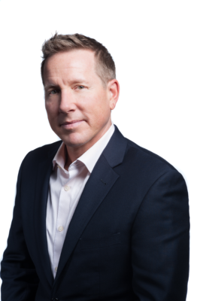 By Michael Leppert MichaelLeppert.com It is no longer a new idea. The business community has gotten comfortable with the role it now has regarding timely cultural change. It is easier for businesses than it is for government to make bold progressive moves, even when those moves seem like bad business decisions. The truth is, of course, they never really are bad. [caption id="attachment_35116" align="alignright" width="266"]

Michael Leppert is a public and governmental affairs consultant in Indianapolis and writes his thoughts about politics, government and anything else that strikes him at MichaelLeppert.com.[/caption]

Walmart made a bit of an unexpected announcement on Tuesday, ending its sale of certain types of ammunition and handguns in all of its stores. The big move, in my opinion, was that it will prohibit customers from openly carrying guns there, even where doing so is legal. I’m not sure all of my urban-dwelling friends know what a big deal that is. In rural America, not allowing open carry in Walmart stores will cause a significant behavioral change for many of the retailer’s customers. Kroger, Walgreens and CVS all followed suit this week by asking its customers to also no longer openly carry. Guns rights enthusiasts were quick to speak up about their intent to take their business elsewhere due to this ridiculous assault on their “rights.” Spontaneous boycotts like these should be bad for business. Investors disagreed. The stocks of all four companies have had a relatively good week on the market. Target and Starbucks had already made similar moves years ago. More will follow. Count on it. So, what does this really mean? In a practical sense, do these kinds of operational changes in isolated places really rock anyone’s world? Tucker Carlson would have us believe that this is the end of capitalism.

on Wednesday night was irrational in its outrage. Shocker. I was surprised to read that he seems to think that Walmart has always been bad and always to blame for the destruction of rural America. These are things that those who are politically left of center had argued for many years. Carlson now wants us to believe he has agreed with the left on this perspective for some time. It is more likely this comprehensive outrage started exactly on Tuesday. Is the new Walmart kind of restriction legal? It sure seems to be. A legal debate on the issue is not likely one that will bode well for staunch supporters of the Second Amendment. It would ultimately be reduced to an argument about gun rights versus property rights, and the debate itself would likely be damaging to the NRA and other similar advocacy organizations. If this were a football game, Vegas handicappers would probably predict property rights wins by a touchdown or two. These retailers will likely take a short term hit in sales. Dick’s Sporting Goods did when it modified its gun business following the Parkland mass shooting. The backlash absolutely had an impact. But Dick’s has recovered entirely, and has even shown recent increases in sales and revenue. This trend of businesses making moves like these are becoming more and more popular. Nike’s Colin Kaepernick ads last year had people burning their own shoes, but the ads ultimately were a huge success. In Indiana, the business community was vital in the RFRA debate and the recent hate crimes initiative in the Statehouse. It is just good business. Walmart’s constituency cannot be gerrymandered. It has to worry about all of its customers, not just certain segments of them. Especially not a minority segment, like the segment of Walmart shoppers who are there to buy ammunition and guns. Walmart CEO Doug McKillon said in part in his Tuesday statement that recent incidents following the El Paso and Southhaven shootings in Walmart stores that people “have entered our stores carrying weapons in a way that frightened or concerned our associates and customers.” Brick and mortar retail has enough trouble competing with the Amazon business model to also have to deal with this kind of unnecessary fear.  These announcements are mainstreaming a trend. Airports, sporting and entertaining events were already there on gun restrictions. People still fly and the ticketing business for events in our arenas and theaters seems to be booming. When retailers make moves like they did this week, and continue to prosper, more and more property owners will likely follow. I am curious if politicians will see that their careers can also survive when making bolder moves on gun violence. They may not know it yet, but they are playing a game of “you first” with the private sector. Businesses once again took that dare, and have simply replied to the government with “your turn.” Michael Leppert is a public and governmental affairs consultant in Indianapolis and writes his thoughts about politics, government and anything else that strikes him at MichaelLeppert.com.